This blog is about two films in particular: ‘The Man With The Iron Fists’, and ‘The Good, The Bad, And The Weird’. You should see them both!

So, yeah: the era and location are wooly at best, and some of it is just silly. But it’s pretty fun nonetheless.

More of a re-imagining of an old classic, but carried out with more style than I realised the Korean film industry had.

And really, I just wanted to draw attention to both of them. ‘The Man With The Iron Fists’ had a straight-to-DVD sequel, which came out earlier in the year. It looks roughly the same level of ridiculous, but with none of the big names. ‘The Good, The Bad, And The Weird’, to the best of my knowledge, was left as a one-off. I guess they didn’t want things to get too… weird. 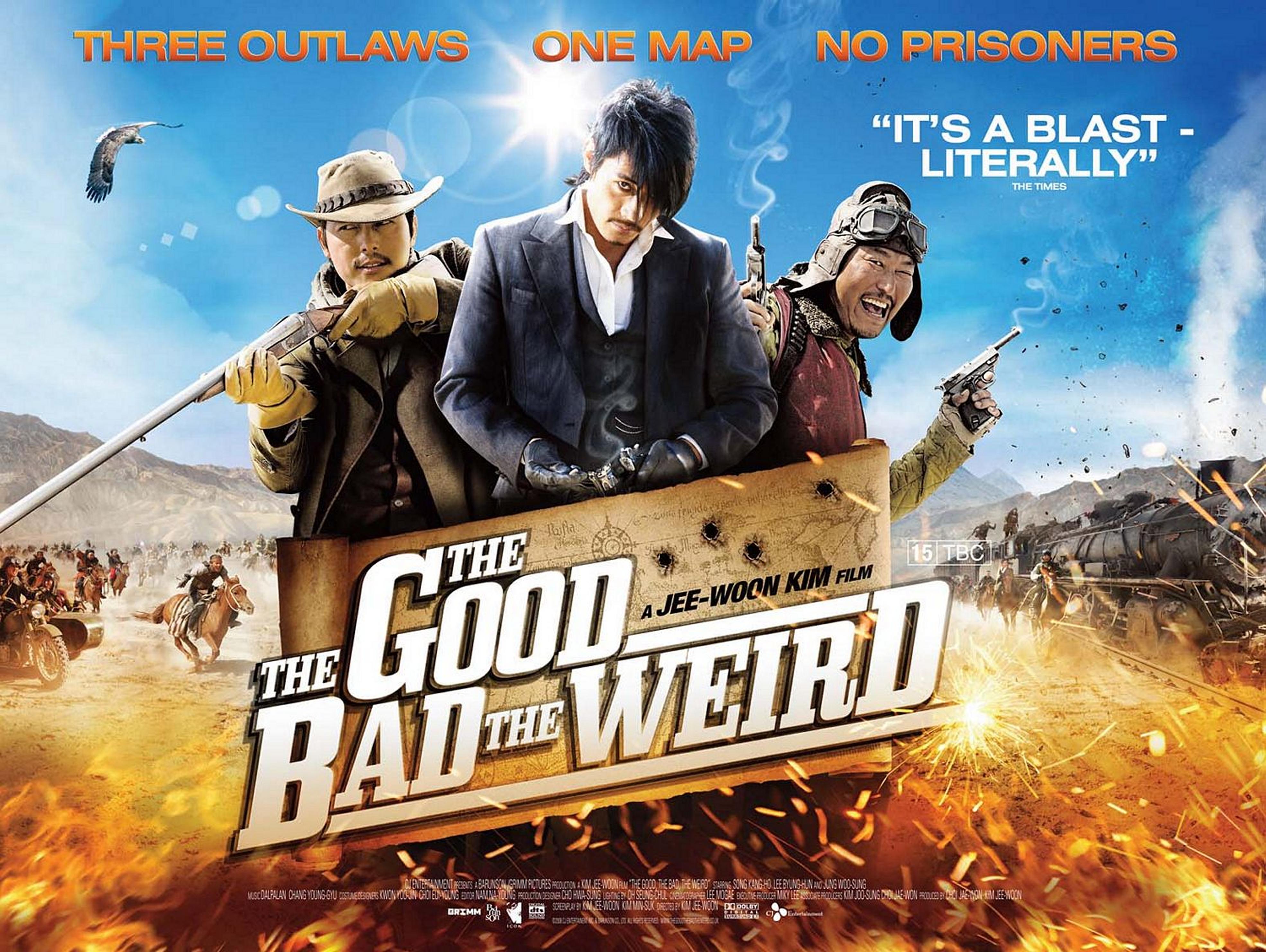 One is a Korean film, set in China, playing on tropes from Westerns. The other is an American film set (allegedly) in China, playing on tropes from martial arts films. Of the two, I have a bit more time for ‘The Good, The Bad…’. It has a bit more polish, and both its comedy and its pathos are solid. ‘The Man With The Iron Fists’ is more of a vanity project. But, for all that, it is still a very fun one.

This kind of crossover is a great way to reinvigorate a market that has, in some ways, become quite stale with reboots and sequels. What I’d like to see next? How about a buddy cop movie set in medieval England?