This week I had a chat with the talented CECILIA AZCARATE, the woman behind the B4-XVI tumblr, which aims to ‘highlight an invisible conversation between hip hop and art before the 16th century’. 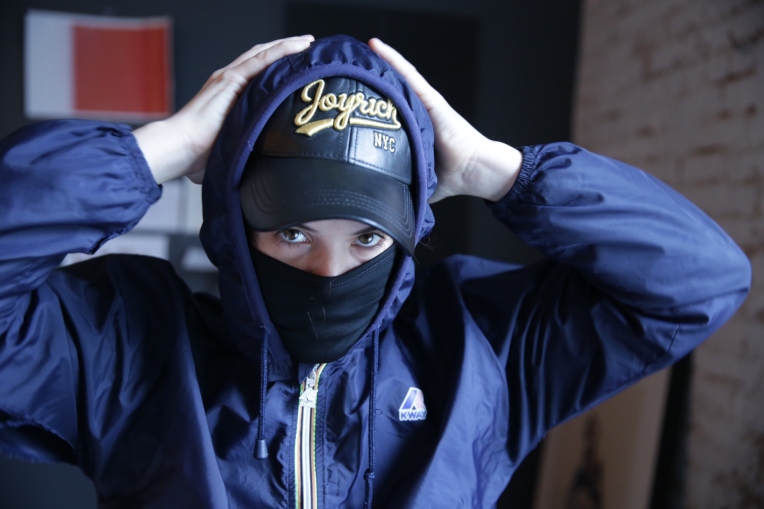 History Mine: What was the moment of inspiration for this account?

CECILIA AZCARATE: Virgin and Child Enthroned with Scenes from the Life of the Virgin Morata Master (Spanish, Aragonese, late 15th century). The painting inspired the project, I saw it at the Met Museum. I saw the hat on the floor and on the guy to the right, that look like supreme hats, and after that started collecting other similarities.

HM: What is your favourite comparison?

CA: I really like the Van Eyck ATL Twins one cause the Van Eyck is so famous and they are so unique and it’s funny to give it a new meaning.

HM: It could be argued you’re saying that rappers have a medieval attitude. How would you respond to that?

CA: I would argue that rappers have the most swag now a days, just like the people in those paintings. They were painted to be remembered. It was a time where creating an image was super time consuming so it meant a lot that those people got their image painted they were super important and some of them changed the world.

I’m also using a lot of masterpieces like Van Eyck, Fra Angelico the most important painters in europe in that time. So I see it more as a tribute to the artists to compare them to such masterpieces. I think it goes both directions.

HM: On the other hand, do you think historical figures behaved more like rappers?

CA: I think they just had swag and power and money, and that is where the similarities come from.

HM: Which historical figure would fit in best with the modern rap game?

CA: Louis XVI and Henry VIII and all of them were so decadent they would have thrown mad parties and invited everyone.

Imagine if Louis XVI was alive, of course Kanye would be playing in Versailles.

Now go and check out CECILIA’s sick tumblr! And if you like the idea of hip hop history, you might also enjoy our interview with Epic Rap Battles of History’s Nice Peter.

This week it was announced that celts were not a single genetic group. Total shocker. The results suggested that most of England was historically inhabited by a single (possibly Anglo-Saxon) genetic group. However, the fringe populations (in Cornwall, Wales, Ireland and Scotland) seemed much less related. Celts were not a people.

If anything, ‘celtic’ culture is a catch-all term, used to refer to groups who never saw themselves as united. Hell, the term was coined by the Ancient Greeks, who probably weren’t aficionados on culture on the other side of Europe. It has since been used by people who nostalgise for a time that never was.

So please, can we stop it with all the ‘celtic’ stuff now?

This week I have mainly been playing Fable III. I am very into RPGs, and this one has the added bonus of being pretty funny. It is set in the mythical realm of Albion, which is currently undergoing its industrial revolution. In many ways, it is a complete fantasy. The bad guys include werewolves, goblins and the undead (though all go by different names). But in other ways, it is a good reflection of the impact that the industrial revolution had.

And there are redcoats! 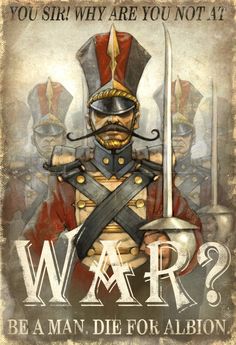 It was only really this week that I realised I had a thing for the uniform. I probably should’ve seen this coming sooner, considering my outspoken love for Sharpe and Hornblower.

For a bit of context on the choice of colour, read this joke. Armies have been wearing red since the days of ancient Sparta, largely because it stops people worrying about bloodstains. What the British army did differently was to turn it into an item of formal wear. I mean, look at all those buttons! And the collar! And the shako! Should I worry about being obsessed with an item of clothing?

And then Ross Poldark rocked up, looking all dark and brooding.

I swear I’m only man-crushing a little here. Having never read the books, nor watched the original series, I can’t comment on the authenticity of the series. However, unlike other recent historical dramas, it’s pretty fast-paced, pretty fun, and there is enough bare-knuckle fist fighting to balance out the long gazes. The only downside? The red coat goes to the back of the family wardrobe far too quickly.

Both Fable and Poldark are about an individual building themselves up from practically nothing. But whereas Fable employs a high ratio of fart jokes and chicken costumes, Poldark is taking itself incredibly seriously. For the time being, I’m spending more time on the former. Though it probably has something to do with the fact your character can *wear* the red coat.

Today I am guest posting for English Historical Fiction Authors.

Where do people get their history from? History books!? I’m not so sure…