The first thing anyone learns about Vikings is that they had horns on their helmets. The second thing is that they didn’t. From there, surprisingly, things get easier.

And yet, it seems like most of pop culture skipped that second lesson. They skipped it so hard that this has become the easiest way to identify Vikings. Hell, at an uneducated glance, Vikings are only identifiable by a characteristic they didn’t have.

FYI, that second lesson goes a bit like this: horned helmets, if they did ever exist, were purely ornamental. In battle they add extra weight, for reduced utility. The second someone lands a blow on the horns, it will either jerk your head to one side, or chop the horn off. But they look *so majestic*!

Hell, the first thing modern culture does, if it wants to portray any kind of historical (or particularly fantasy) northerner, is whack a pair of horns on them.

My point is this; compared to almost any other foreign culture (remember these guys were pagans, from Scandinavia), they have endured incredibly well. They have made a significant impact on popular culture. And maybe that is, in part, because they are so recognisable.

I’d welcome your thoughts in the comments section. You might also be interested in this blog, where I trash the ‘Vikings’ series. 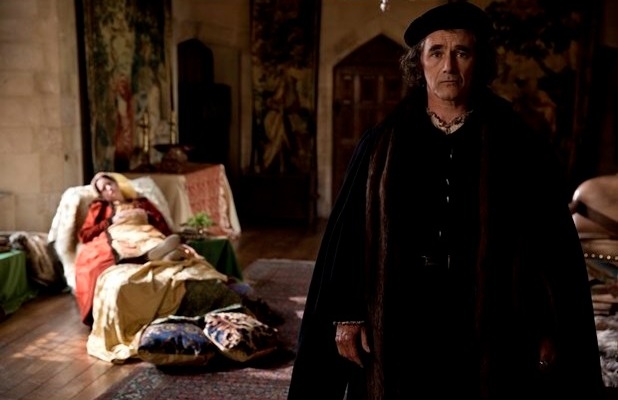 It has been a busy week; Martin Luther King day, the 800th anniversary of the Magna Carta, and everything in between. However, as you’ve already figured from the title of this blog, I was only focussed on one thing.

My views on the Tudors are pretty common knowledge, so I’ll skip straight to the point. Wolf Hall had its first episode last night. It is one of the highest budget costume drama series the BBC has aired, and has received so much promotion that it is being called ‘event television’. But is it worth the hype? Well, not yet…

As with many series, Wolf Hall suffers from a slow start. But unlike those others, it doesn’t have a dozen episodes to build up and potential future series to get into. Hilary Mantell’s books will be fodder for just 6 episodes. In this respect they might’ve done better to take cues from BBC One’s excellent Sherlock.

But the real problem is all the skips in time. It seems like the story jumps 20 years back, 18 years forward, two months back, three weeks forward. The Telegraph’s John Walton called it ‘an artful if slightly confusing set of flashbacks’. He’s being generous; it’s artless. Beyond the annoying titles, there’s no real way to distinguish between the different eras.

I think the problem here is Mantell’s own slavish adherence to history – not normally a criticism I’d lay at anyone’s door. The author has researched the period so heavily that I feel like she’s lost sight of the linear nature of time. The other side to this criticism is that Mantell was so keen to stick to the script that she demanded the producers stick to her script. This may not have been the best treatment for the small screen.

I don’t necessarily think the casting was bad, but the acting was. In the first episode Johnathan Pryce’s Cardinal Wolsey is a key character, alongside Mark Rylance’s Cromwell. The trouble is, both characters seem to be the personification of ‘mild-mannered’. Even at the height of their emotional turmoil, both were little more than a glaze of wrinkles.

In contrast, Damian Lewis’ Henry VIII was highly anticipated, and delivers with a sizzle. The Duke of Norfolk was also pretty sassy. Bernard Hill hasn’t rocked so hard since he led a Rohirrim cavalry charge into the ranks of an Uruk Hai army in LOTR: Two Towers.

My mind is not completely made up on this thing. It could go either way. But so far, I’m not impressed. More action, faster cutting, and more emotional involvement are called for, and fast! 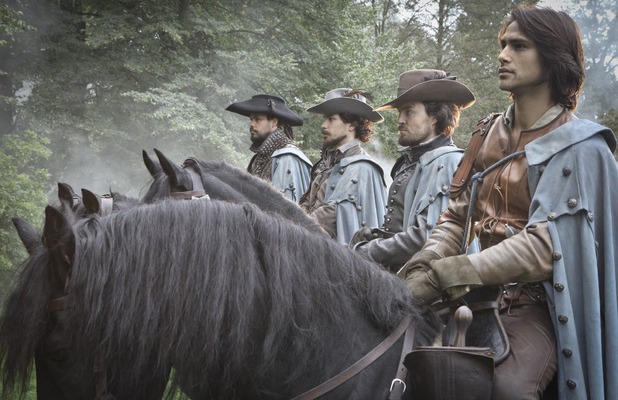 So, the BBC’s ‘The Musketeers’ series is just getting stuck into its second series. Frankly, it’s about time we featured them here.

The series occupies a basic Dr Who off-season niche that was previously filled by Robin Hood and Merlin. Except this time, the story is based in historical fact (no arguing Hood fanboys!). It, along with the godawful Atlantis, represents the reality that the BBC is running out of stories to tell. Look at it this way; they started out by recounting two of the core English myths, moved on to a drunkard’s recollection of Ancient Greece, and have now steered on to French classics.

On the plus side, it’s actually fairly fun in a world-gets-in-jeopardy-and-the-heroes-have-to-save-it-in-a-single-episode, don’t-hate-me-I’m-a-terrible-judge-of-quality kinda way.

Like all of the BBC’s series in the same niche, the writing is seriously lacking. Liberties have been taken with both the historical and fictional source material, in proportions that are, frankly, French.

On the other hand, the casting and the costumes alone could pretty much carry the thing by themselves. Seriously, this series alone has made me rethink whether I’m wearing enough leather in my life. And the answer is no. I really am not. 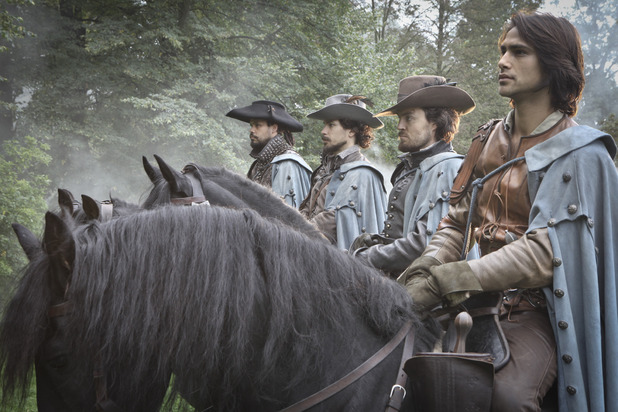 As with pretty much every screen adaptation of Dumas’ books, I’m pretty bummed out that Porthos is not the MOST MASSIVE MAN EVER. But he’s played by Howard Charles, who is pretty cool in a geezer kind-of way. And yeah, I totally get the casting of an African-American actor in the historical context.

Athos and Aramis are basically the same character except that one is grumpy and the other one had an affair with the Queen. D’Artagnan is played Luke Pasqualino, who you might remember from Skins. Except that this time you’re much less likely to want to punch him in the face for being such a whiny tormented teen.

But crucially, and this is the main reason I enjoy these shows in the first place, it is romp television. It’s relatively good-natured. There are plots, but they are foiled, again and again. Compared to shows like Game of Thrones, they are a lot easier to deal with. I don’t have to worry about shifting allegiances. You can tell the bad guys apart because they’re always wearing black and scowling.

So yes, it’s not at all like history, in that respect. But sometimes I watch TV to let my mind relax, rather than have to figure things out. This combination is just right.

I have three main reasons for this:

Between those three factors, I really couldn’t bring myself to see it. But it did get me thinking, which other historical (or close historical) films could have been better cast?

2013’s Lone Ranger pic flopped in a big way. One of the biggest issues with the film was Johnny Depp, playing a sidekick with higher billing than the main character. This despite the fact that that character has the word ‘Lone’ in their title. With such a major player in the role, it upset the whole dynamic of the movie. Casting a first nations actor like Cowboys and Aliens’ Adam Beach would have lent a bit more credibility to the Tonto role, while putting the focus back to the title character.

I get that you don’t want to cast a Greek/Macedonian/Whatever actor in this role. For a film of this size, they need to be world-famous, with the charisma to match. With that in mind, why the hell was Farrell cast? His biggest roles before this had been in Minority Report opposite Tom Cruise, and in Daredevil, opposite Ben Affleck, both of whom would have been better in this role.

Ok, now we’re really risking arguments. Braveheart was a great film. But was Mel Gibson the right person to play William Wallace? It’s debatable. These days Gerrard Butler would be a shoe-in, but he didn’t really break until 2004. The only major-league Scots actor at the time was Sean Connery, who might not’ve done the film any favours either (see Highlander for more details). Other potential contenders include Ewan McGregor and Kevin McKidd from “Rome”. I still feel like I’m missing someone though…

Say it with me: “They may take our lives, but they’ll never take… Spartaaaaa!”